Edit
watch 01:36
We're Getting Mutants in the MCU - The Loop
Do you like this video?
Play Sound

Not single, but not yet married. this upsets her grandmother.

Gray
Lil miss Uri hails down from Michigan, along with her Forced-chosen sister Annora.

Starting out in Guild Wars at the age of 10 she quickly adapted to the idea's of MMORPG's like a fish to water. and after the last expansion to the original game, she happily awaited the idea of a second in the GW series. WALLCOME Guild Wars 2.

Though sad that she had to give up the reins of her 9yr old monk, Dwayna, she kept up her spirit and abandoned her elitist ways to become a nooblet in the 2012 game along side her father, Freeman Haste.

Together the meandered about though beta and release to soak up as much knowledge as they could.

About a year or two later she finally managed to talk Her Boyfriend into joining the Game, and eventually Annora too. which was a nice relief to her since her Father starting to do his own things within the game. This sort of lead to the falling out of their Guild "Devotes of Pie" and eventually its nonexistence.

Few months later she spotted some losers in map chat inviting others to a party. feeling down that her Boyfriend quit GW, on top of being socially awkward, and terrified of people she for once in her life said "fuck it ima socialize."

With that she took her first steps at staring a conversation instead of joining one in-game. Falling on op of the Partying troupe, and accidentally killing herself in the process, she demanded friendship.

They answered with all the Rubs as they Rez'd her, laughing as a naked sylvari descended with.... such... grace? They invited her to a charr sacrifice and she happily accepted with 9yrs of charr resentment behind her. From then on she found her true family, well.... the virtual one at least. WALLCOME FIRE.

Story Aside My main hobbies go from video gaming to art, and back. I love to draw my Characters and make up stories for them. So, in saying that i like to RP or deal with ERP mostly. Im still a bit to shy to RP/ERP with most of the guild so i tend to just stick with a few selected people.

This guild has dragged me so far out of my shell, and im eternally grateful. Boy, if you could of seen me at the start of the game, Hell see me in GW1 i was a total antisocial mess, only trusting my father to talk to.

The meme's, the tears, the frustration, the unknowing enigma that is Sylents' age....... i couldn't ask for anything more.

Though I've been nicknamed after my mesmer I'm seen more on my other Characters. I have 22 but heres some that I'm more known to be seen playing in-game. 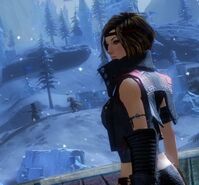 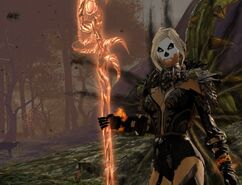 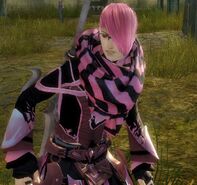 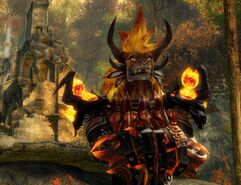 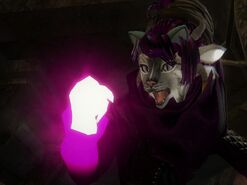 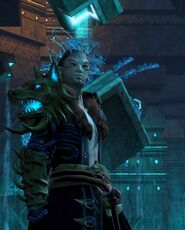 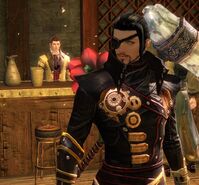